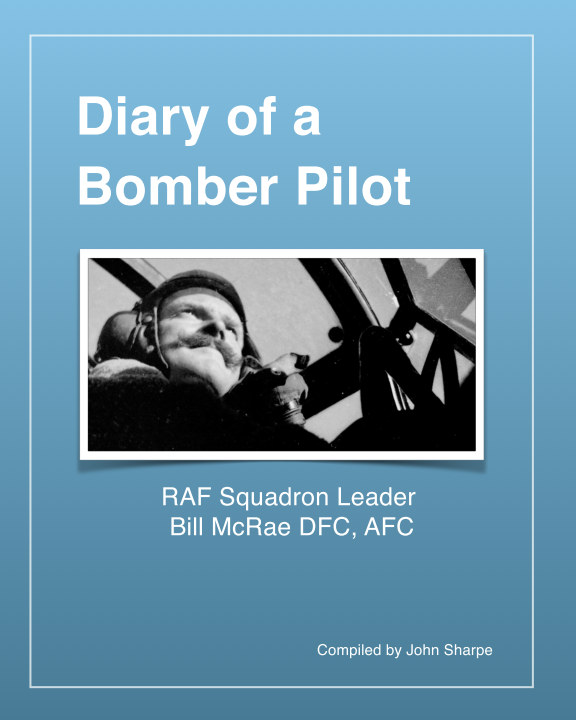 Diary of a Bomber Pilot

This book was assembled and edited from several documents. Bill McRae left two handwritten diaries which were transcribed in 2021 by his daughter Sue Templeman.  These form the basis for the two main parts of the book — Bill’s wartime experiences as a bomber pilot in the Royal Air Force in World War II and, later in the book, Bill’s voyage from Sydney to London and his experiences in London shortly before the war.

Bill also contributed to a 1988 book, Odd Bods at War, in which he describes his stay in Malta while ferrying a Wellington bomber from England to Egypt in July 1942. In 1999 Bill dictated and had printed what he titled Recollections of an Old Wellington Bomber Pilot.

Bill’s navigator and friend, Ian Gould, wrote two documents containing memories of his RAF days — he titled them Find my Past and Ops.

The diary entries form the backbone of this book. Material from other sources was used when it added to the story. I tracked down and used the Operations Record Book entries from Bill’s squadrons to show his part in the written history of the RAF.

Bill was a good photographer and left a fascinating collection of images from his time in the desert. Some detective work on my part was needed to pin down the time and place they were taken. Any errors in the captions are entirely mine.